As the judges read the anonymous entries, here’s what they had to say…

“The author managed to pique my interest AND start and end the scene in a way that both is satisfying and makes me want to know more. It was like a mini story that could fit inside a novel.”

“Stunning prose and a self-contained plot arc that left me wanting more.”

“The first line hooked me. I was genuinely sad when the story ended.” 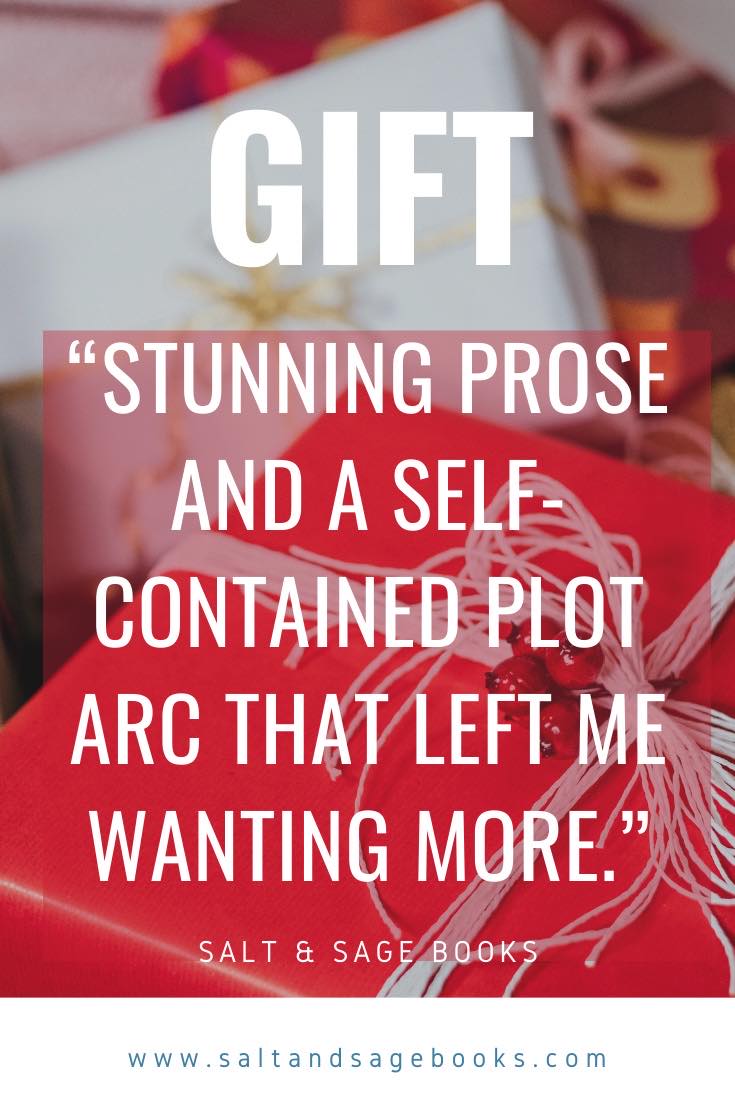 Without further ado, our winner for this week is… Sierra Janisse!

Yes, again! (She’s just that good.) And with that, the gauntlet is thrown… who will unseat the reigning winner of Flash Fiction month at Salt & Sage Books? Or will she reign supreme in Flash Fiction Stadium?

Find her GIFT story below…

Mab stood at the edge of everything, the darkness spreading behind and from her shoulders like a cloak. She shivered and tried not to take a step back.

Lucifer’s question twanged her already taut nerves like snapping strings. She shook her head, still shivering, and her father laughed.

She had no better words for the newborn earth, so green and fertile and … quiet. The silence of that first dawn unnerved her most. The lack of sound signaled the emptiness she would not know what to do with, let alone rule.

Lucifer gestured out over the expanse, a benevolent motion demanding gratitude.

Before Mab could ask what he meant by that final word, a sudden consciousness fluttered into her awareness as the first human awoke. Then she did step back, struck by the honest wonder of first one mortal mind, then another and another. Their thoughts lit up the expanse like stars across a darkened sky.

She licked her lips. Though Mab felt Lucifer’s gaze on her, his scrutiny seemed dimmed somehow, eclipsed by his own gift.

Stay tuned for next week’s theme and your shot at the grand prize of $100. We can’t wait to read your flash fiction! Six Tips for Revising Your Manuscript

This is the second post in a two-part series about what to do after finishing your first draft of a book. Go here to read the first post: Six Tips on Preparing Your Newly Drafted Novel for Revision You’ve finished writing your book. You’ve prepared your newly drafted novel for revision, and now you’re on the beach and finally ready to begin your first major pass up Revision Mountain. Read More