How Plot and Character Intersect with Sensitivity Reading 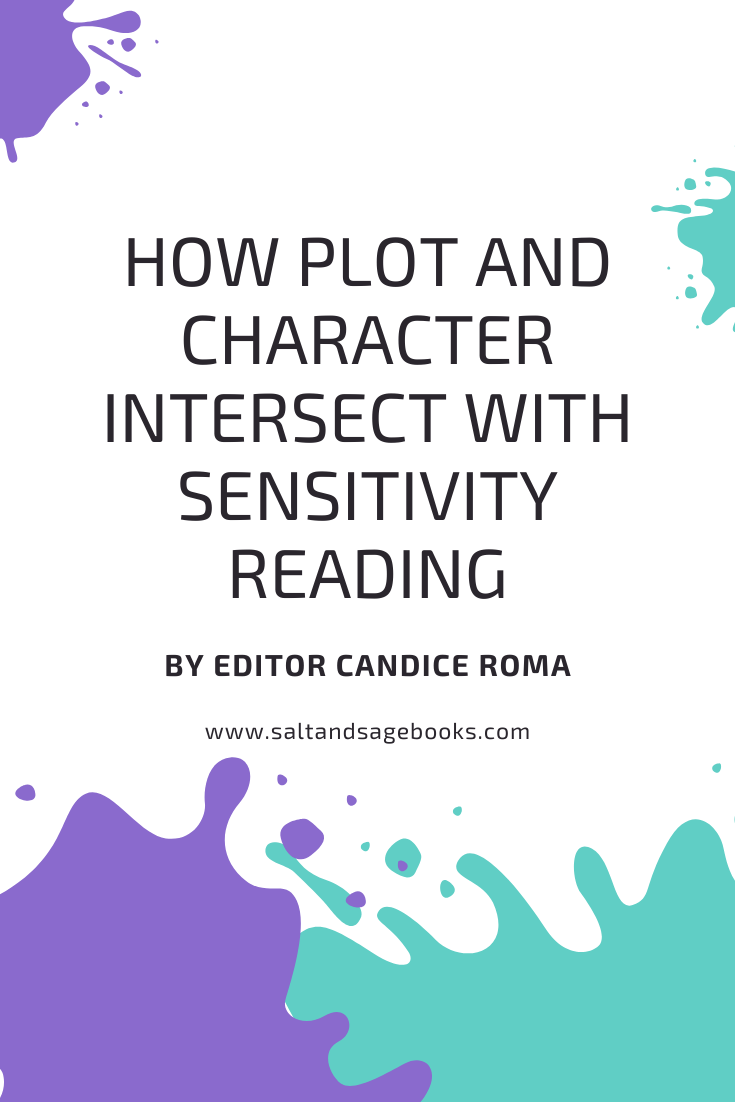 The best way to understand a period in history is to look at the culture’s art and literature. Who knows how historians will make sense of what was said and done in our current era, but living in this moment, the changes that are occurring in fiction are already apparent. The growing demand for sensitivity readers denotes a shift toward inclusivity. Writers of all races want their stories to reflect the multicultural and diverse landscape that exists in reality. However, many authors have the misconception that writing with an eye toward sensitivity simply means avoiding words or characterizations that may be viewed as offensive; the ideal goal should be writing with authenticity. Understanding the interconnected nature of plot and character will set you well on your way to writing realistic characters from all walks of life.

In fiction, there are two kinds of stories: plot driven and character driven.

In a plot-driven story, events occur because they have to happen for the story to move forward. This brand of storytelling works really well for mysteries. Someone is murdered at the beginning of the novel. It doesn’t really matter who they are or whether the reader cares about this character. The matter of greatest importance is that they are dead. Next enters the master detective who discovers clues in exactly the correct order, and he deciphers them perfectly. In the end, the murderer is apprehended. No one is changed by the experience. The characters don’t need to be three-dimensional; they only need to serve a purpose.

But as you attempt to add diversity, relying on a plot might not be the best approach. Let’s imagine this fun example: say that a rabbit-author wants to write a story about a porcupine who gets a job at a balloon shop. The rabbit initially questions their ability to write this book; porcupines could be offended if they are depicted in a way that seems inauthentic to the porcupine experience or that furthers a stereotype that porcupines are inherently violent. However, this is the story that the rabbit wants to tell. In a plot-driven story, certain events would have to happen:

If these characters only exist to serve a purpose, as in our mystery novel example, the story will in all likelihood fail because the characters will be one-dimensional. The story will lack conflict, and the stakes will be incredibly low because what does it matter if the porcupine gets the job? Focusing solely on plot also leads to an increased risk of writing stereotypical characters or creating caricatures. 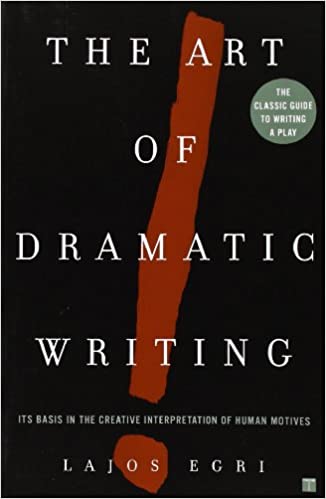 In Lajos Egri’s book The Art of Dramatic Writing, he focuses on how to write character-driven stories by showing how characters create conflict, and how conflict determines the plot. In his book, he provides a framework for how to create character by using a three-dimensional profile that looks at a characters’ physiology, sociology, and psychology.

Egri goes into greater detail, but this outline gives a sense of the depth required for a writer to fully know their characters. This profile works for any story you’re trying to tell. Not all of these aspects will be explicitly stated in the novel, but every aspect of this person’s identity, history, and experience will inform the decisions they make.

Let’s look at our porcupine story again from a character-based perspective.

The rabbit researched as much as they could and has written a complete profile for both the porcupine and the shop owner. They may want to introduce a porcupine sensitivity reader at this stage in the process called “prewriting.” A sensitivity reader could help advise them if they’re on the right track from the start.

With their porcupine sensitivity reader’s notes in hand, the rabbit author learns the answers to questions they didn’t know to ask. The rabbit learns from their extra research that porcupines have soft hair, but on their back, sides, and tail, the hair is usually mixed with sharp quills. These quills typically lie flat until a porcupine is threatened. So let’s say that the porcupine and his wife have a little baby porcupette on the way. The porcupine just lost his job at the ink pen factory, which is the only company that hires porcupines. He needs a new job before the baby comes. His wife has been ordered to bed rest by their doctor and can’t work. For the same reason, the porcupine and his wife are not able to move to the next town so that he can work at the rival ink pen factory. The last thing the porcupine’s wife needs is more stress on top of the already risky pregnancy. It’s up to the porcupine to find a job and fast!

Knowing our porcupine’s backstory, we have to assume that the porcupine is shopping his resume around to every company in town. He’s rejected at every place he applies. He has one last hope: the balloon shop.

Now enters the balloon shop owner. What characteristics would the balloon shop owner need to even consider hiring a porcupine when no one else will? The owner is an elderly mole who has reached the point where she can no longer run her shop alone. A rabbit who had previously worked there just went on maternity leave for the third time that spring. The mole is just as desperate to hire someone as the porcupine is to find a job.

There is a sign in the window that says, “Help Wanted.” The porcupine enters the shop knowing that he can’t get upset or his quills will pop all of the balloons. He is an honest porcupine and explains his situation.

Will the mole send him away or hire him? Is the mole desperate enough to hire a porcupine who might destroy her entire stock? The key characteristic of the mole is that she would need to be empathetic, kind, and compassionate. Back when the mole started her own business, no one believed that she could do it, but she proved them all wrong. She’s willing to take a chance and hires the porcupine to manage the store. She also teaches the porcupine meditation so that he can keep his quills in check to help him not get upset at work.

When the rabbit moves from creating solid main characters to worldbuilding, describing the setting, and creating secondary characters, they will discover even more ways to add conflict.

In summary, character-driven stories place three-dimensional characters into a situation and then allow those characters to act in ways that are true to who they are. The process is a huge step in writing authentic characters, even if their ethnicity, sexual orientation, gender, or life experience is not the same as yours. However, once you’ve completed the book, you also will want to have a sensitivity reader review the “final” draft. 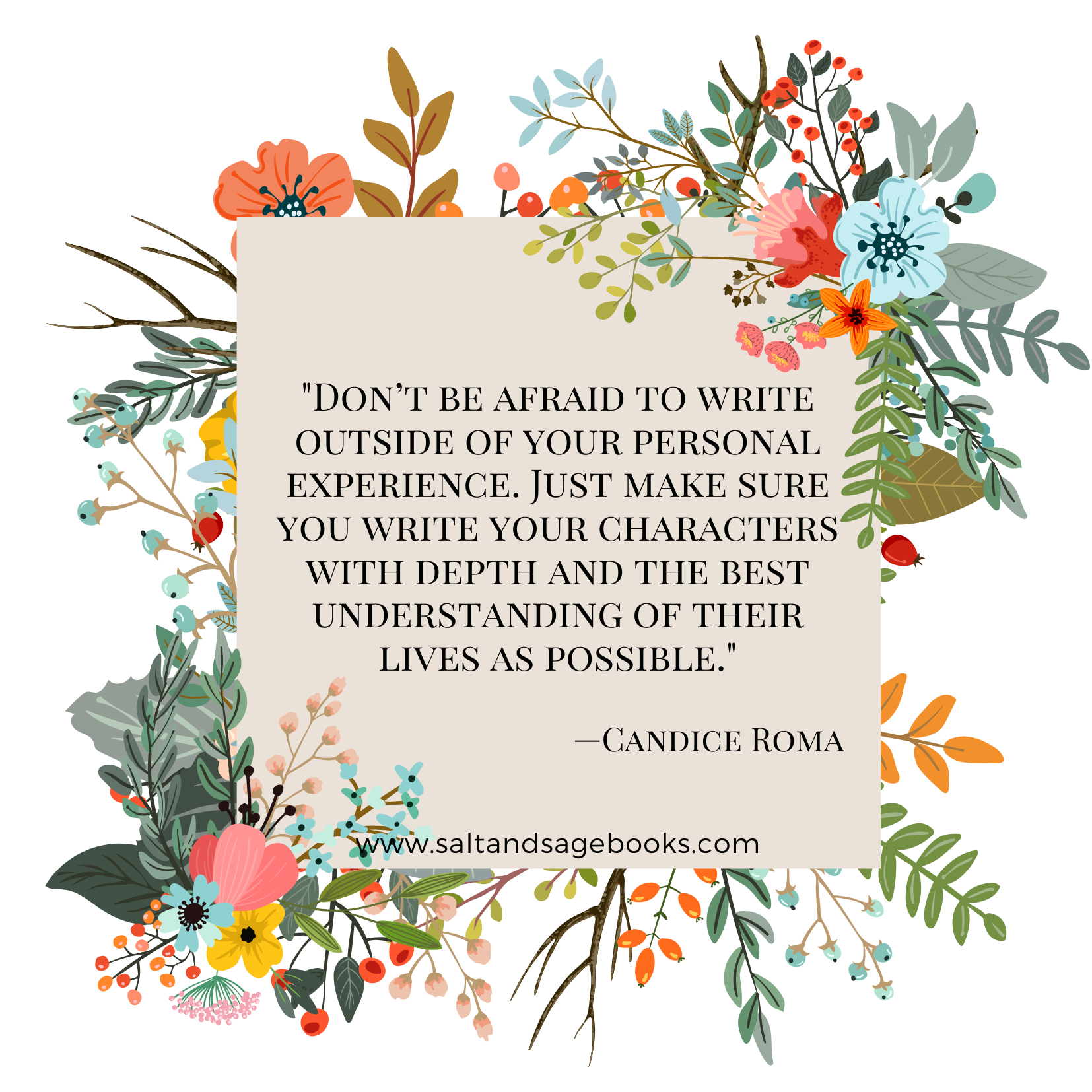 Don’t be afraid to write outside of your personal experience. Just make sure you write your characters with depth and the best understanding of their lives as possible. Guest post by Erin Olds So you’re ready to get started with your Amazon ads, but their website is confusing… there are too many options, the names vary depending on which resource you’re using, and the guides you can find online are outdated. Self-publishing is pretty wonderful, but there are moments when I’m sure you’d like to defenestrate the Zon. Read More Today we’re talking to two of our Sages, Ariane and Margaret, about their experience of COVID-19 as people who’ve experienced chronic illness. Sachiko: Morning, Ariane and Margaret! How are you doing? Margaret: I’m eating chocolate, so that probably says a lot! Ariane: I’ve noticed a lot of outcry from my chronically ill friends and clients that what everyone is now suddenly experiencing and finding intolerable, is their life all the time, along with a lot of pain around why those people never gave much credence to that fact prior. Read More

Welcome to week two of our Memoir Soiree! If you follow us on social media, you’ve been seeing our prompts all week. Here’s a roundup of the second week’s prompts. If you want some company, come join our sprint group! We hope your memoir project is going well! Read More