Today we’re talking to two of our Sages, Ariane and Margaret, about their experience of COVID-19 as people who’ve experienced chronic illness. 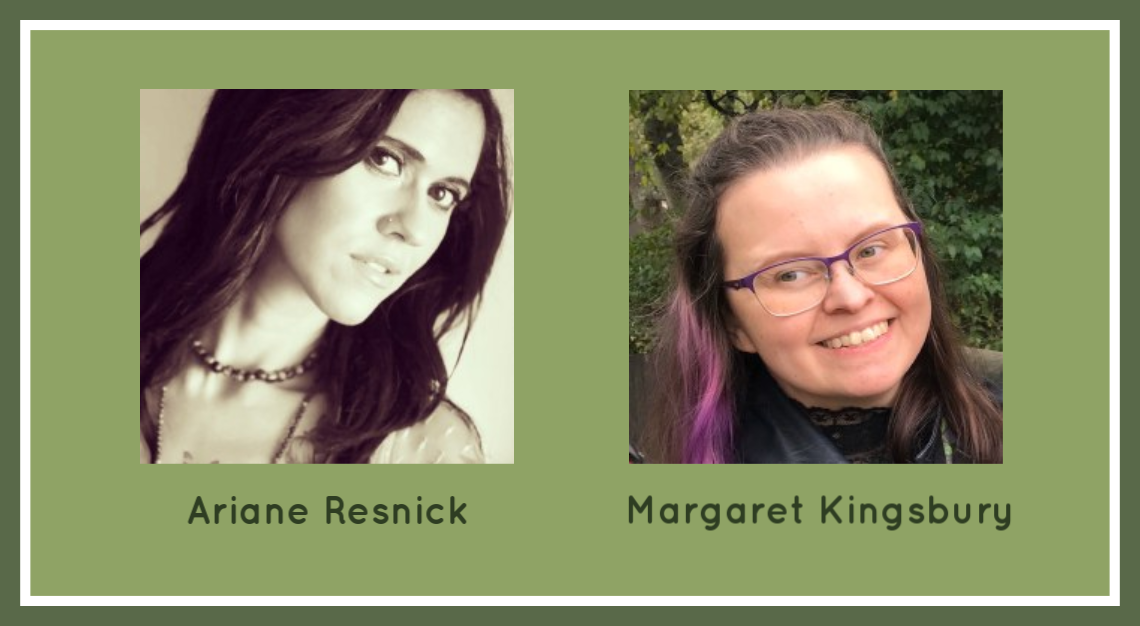 Sachiko: Morning, Ariane and Margaret! How are you doing?

Margaret: I’m eating chocolate, so that probably says a lot!

Ariane: I’ve noticed a lot of outcry from my chronically ill friends and clients that what everyone is now suddenly experiencing and finding intolerable, is their life all the time, along with a lot of pain around why those people never gave much credence to that fact prior.

On a personal note, I think my own background of having spent so much time sick has given me a different lens through which to view this, but it is honestly so traumatic that I’ve been disappointed in my own ability to be patient, learn, etc. Because it’s so difficult for me to access my own normal wellness tools due to my brain not functioning well in this, I keep feeling that I’ve “failed” at being a shining example of wellness.

Margaret: It does hurt when I see people say “It’s just high-risk people who are affected.” Especially when it’s people I know. CDC statistics show 25% of the population has a disability, and that’s not even considering people with asthma or other conditions not labeled as disabilities.

I see a lot of people struggling with things I’ve always had to struggle with. At the same time, I need to be conscious of my own empathy and realize a lot of people’s mental health is suffering.

Ariane: Yes, and because I know so many people posting their productivity—for example, a chef posted a photo of bread she baked and captioned it with, “If you aren’t making bread right now, why not?”

Sachiko: And when we we use externally verifiable productivity as a worthiness metric … oh, that’s a lot of pressure to put on people.

Margaret: Ugh. I’ve seen that too. 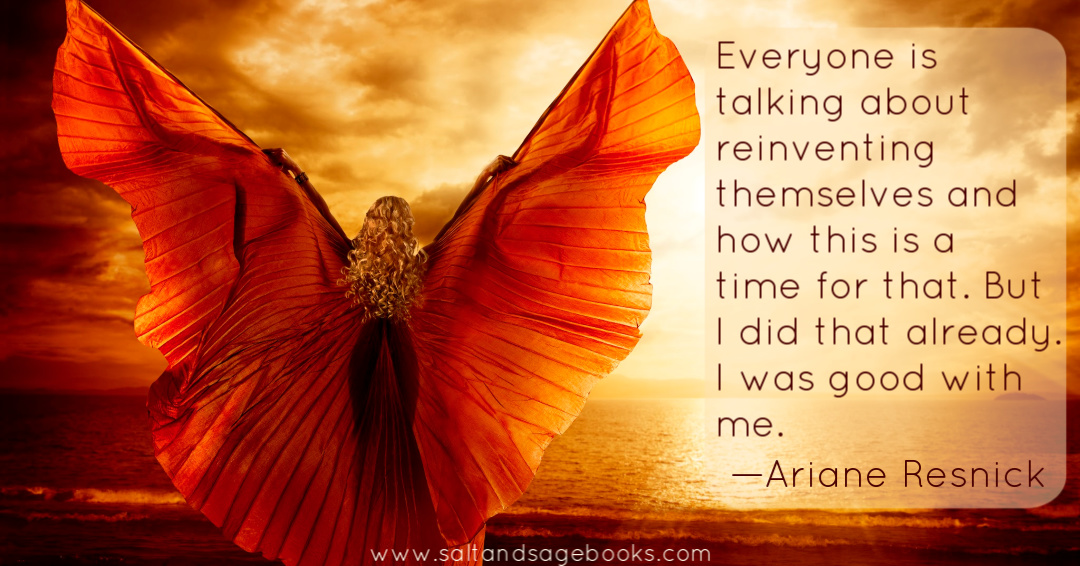 Ariane: Everyone is talking about reinventing themselves and how this is a time for that. But I did that already. I was good with me.

Margaret: But also, I think people are desperately bored and depressed and social media is part of how they cope with that.

Ariane: Totally, and it’s definitely one of my coping mechanisms. There’s just this weird lack of forgiveness/softness.

Ariane: For sure! Reinvention is great, when it comes to you organically. For example, people keep asking me how to eat better, and how to ignore their cravings. And I’m like, don’t. This is the time for epigenetic nostalgia and letting food create your dopamine. But no one seems okay with that. They want to do better.

Margaret: I definitely think so. And I may be guilty of this too.

For example, I posted yesterday about the books I’d read in March, something I do at the beginning of every month, and a friend told me that she felt guilty for being unable to read right now. So I had unintentionally contributed to that guilt. No one should ever feel guilty about dealing with their mental health first!

Ariane: Margaret, I think how differently each of us is functioning is making this all the more complex, too. Personally, I have plowed through a bunch of novels—but I can’t bring myself to make a meal.

Sachiko: How does your living situation inform your experience with this?

Ariane: I was alone for the first three weeks of lockdown in California, with just my cat. I think I internalized a lot of social media because it was my only connection.

Margaret: My husband works in a medical lab, so he still has to go to work. There’s the stress of not being able to control who he comes into contact with. My daughter is pretty oblivious to everything that’s going on, but she misses her preschool and friends. And I miss having some alone time to work!

This has definitely changed how I perceive my own health. I think of myself as recovered and fully healthy, yet the “high risk” population includes those with a history of illness. I may be good in regular life, but I am now part of a population I’d left and only involve myself in for help’s sake. And I don’t feel comfortable taking up space there.

Margaret: I know I told you briefly about this, but over the weekend, I ran a temperature and had a dry cough as well as stomach issues. So I went to a local clinic to be tested. I had two people tell me my fever might be psychosomatic over the weekend. I feel like this is bringing a lot of the mental anguish of having an invisible disability back into my life. I thought I’d surrounded myself with people who knew better, but it turns out that close family and friends are still buying into the doubt of believing people know best about their bodies.

Sachiko: That’s so upsetting—illness AND being invalidated!

Margaret: And my test did come back negative. Turns out I had a stomach virus and allergies, but I’m so thankful I went to confirm! It gives me peace of mind, and that’s worth something.

Ariane: Still, one shouldn’t have to advocate right now. Like if there is ever a time to believe sick people, this is it!

Ariane: It says a lot that that isn’t a given, and the stress of that creates more illness. I’d love to think that this will change how we perceive chronically ill people, just like it could change capitalism; it just isn’t very promising.

Sachiko: What are the changes you’d both like to see?

Ariane: The forgiveness and softness I mentioned—a shift away from busy-ness culture and more focus on considering anything you are capable of to be plenty.

Margaret: I’d love for people to think about how society can change to help people with disabilities and chronic health problems. 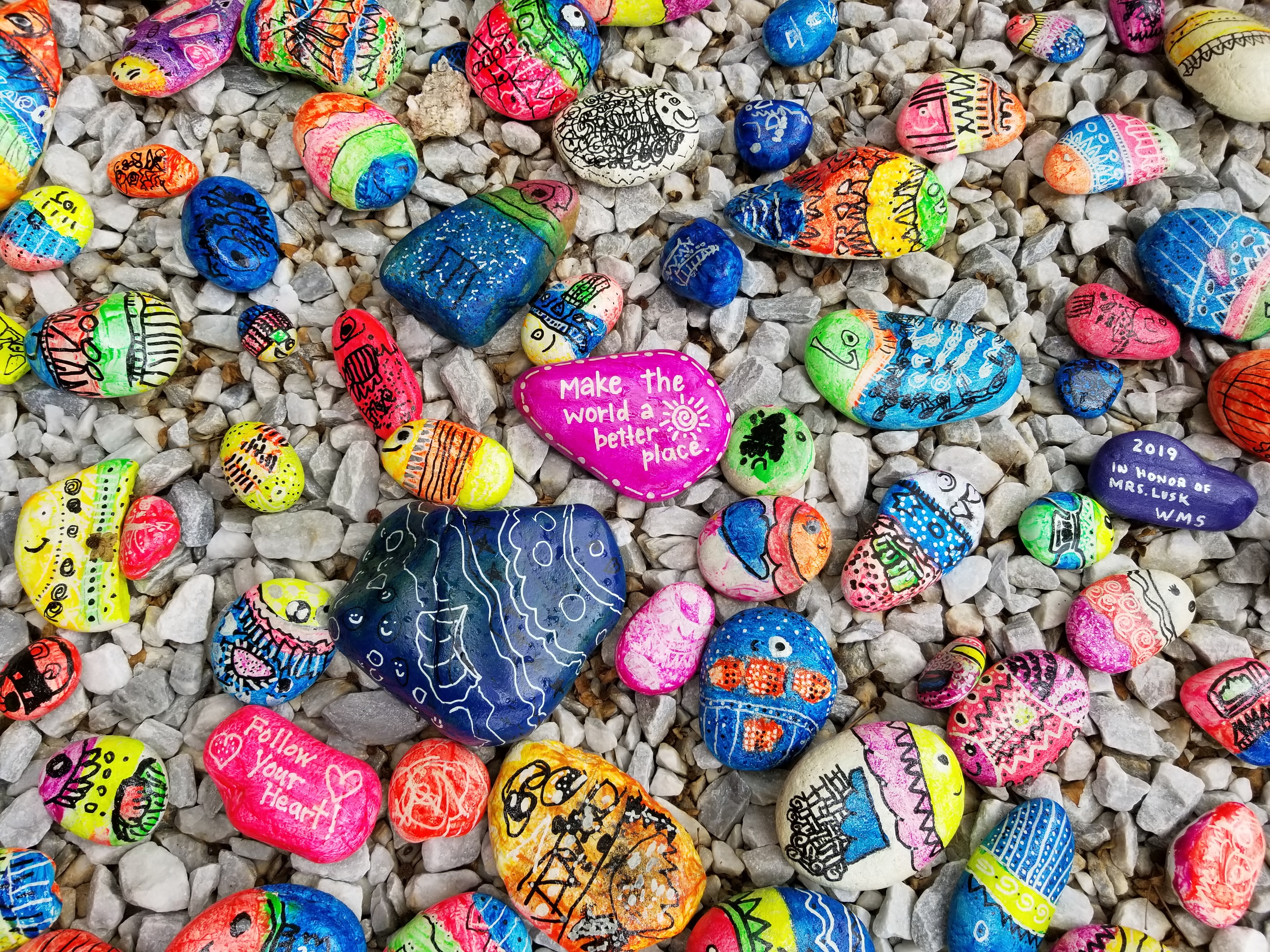 Sachiko: What do you wish people knew, that you didn’t have to tell them?

Ariane: I wish people understood how, because this is unprecedented, the entire scope of human reaction is on the table as a possibility. From hyper-functional bread-making to staring at the wall all day.

I think leaving the work to the chronically ill to educate about how this is their life all the time is like asking black people to end racism.

And I’m doing what I can to be a voice, as someone who no longer lives with illness, but people are in understandably self-pitying places

Margaret: This is selfish, but I’d love if, once this is over, when people feel a cold coming on, that they’d stay home and realize that other people’s immune systems aren’t as good as theirs!

Sachiko: I don’t think that’s selfish at all.

Ariane: I’m in a food writers’ Facebook group, and I flagged a post for removal of an article about how to not gain weight through this. I felt obligated to, as a skinny person seeing how fat people are being harmed by the narrative that weight gain is the worst outcome of isolation.

Margaret: Yes, I see this in my FB moms’ groups a lot. A lot of shame and guilt for eating.

Ariane: So I don’t feel we get it terribly much, overall.

Sachiko: As a fat person? THANK YOU.

Ariane: I think this is amplifying our food shame culture for sure.

Sachiko: Especially with the food scarcity some people are experiencing.

Ariane: Also, all the people complaining about not going to the gym—like how many people can’t afford a membership, or don’t have bodies that can do that? I thought we were doing really well at shifting away from that culture, but the fear in this situation has brought it back and made it very obvious.

Margaret: As a previously thin person who has been unable to lose pregnancy weight gain, I’ve struggled with that shame for a few years now, and have only recently stopped calorie counting and have tried to embrace my new body. So it’s a struggle to see so much weight shaming.

Sachiko: Ariane, you wrote a book. Can you tell us about it? 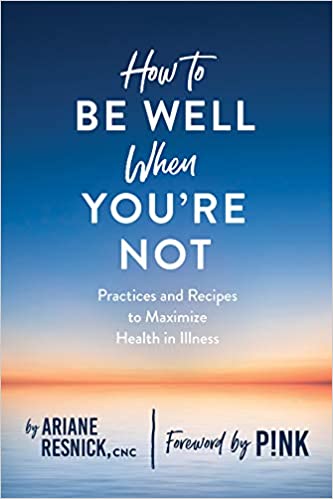 Ariane: How to Be Well When You’re Not, foreword by P!nk. It centers around free, simple, quick things you can do to improve your body’s ability to relax and heal at any given moment. A lot of those really simple things feel weirdly hard for me when I try them lately. But there’s space for that in there, too.

Sachiko: That is reassuringly relatable.

Ariane: The scientific basis of it is that chances of recovery from anything are improved with a positive mindset, but no one tells you how to get a positive mindset, so I share tools, tips, and tricks that have been studied to be effective for that. It’s on Spotify for free, and in some libraries on Kindle.

Margaret: I’ll have to check this out!

Sachiko: Sounds like what we all need right now.

Is there anything else you want to say before we go? You take the last word, and thank you so much for talking to me about this today. 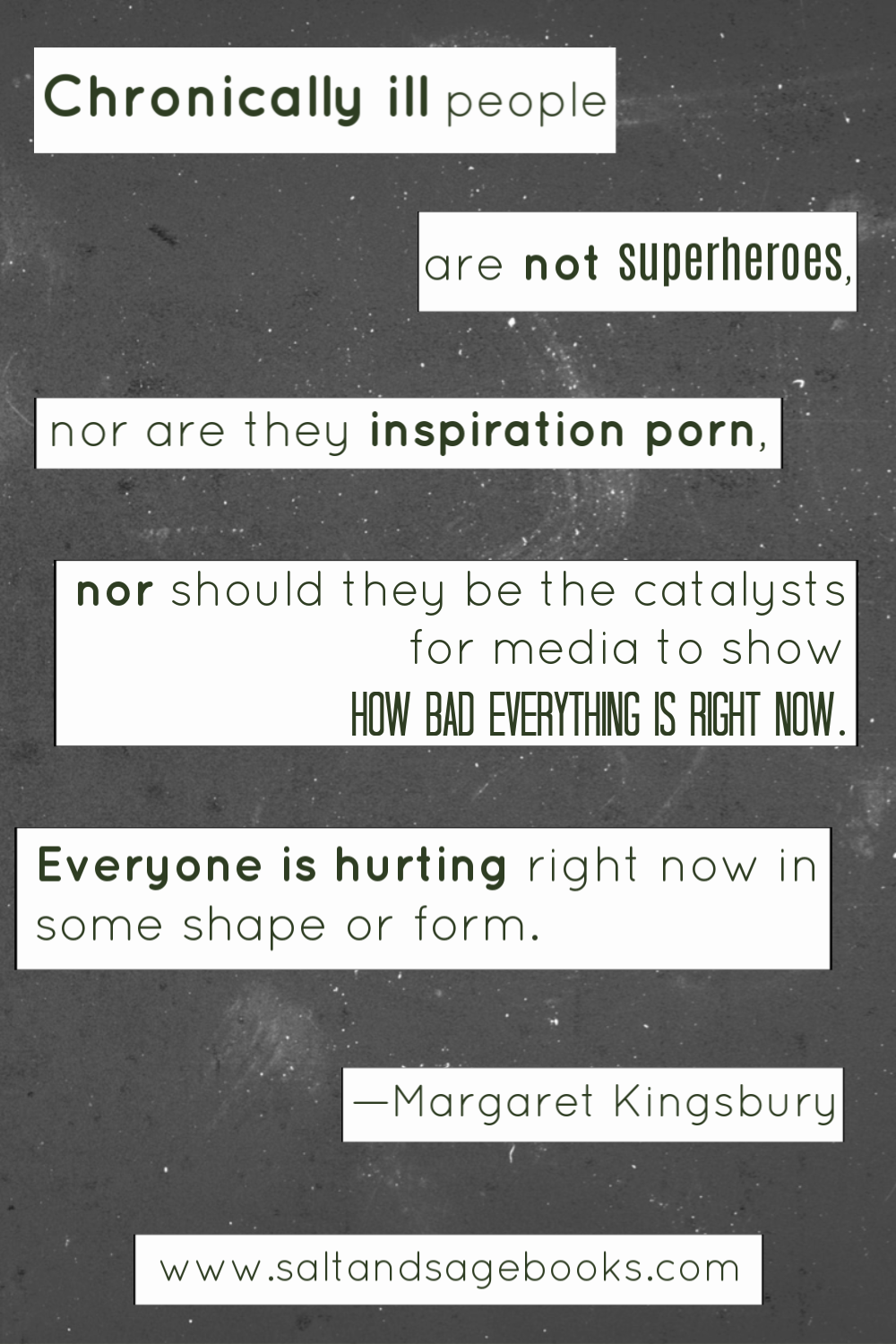 Margaret Kingsbury is a freelance writer, editor, and book coach with a passion for helping people. She gushes about books monthly at Book Riot, Think Inclusive, Baby Librarians, BuzzFeed Books and more, but she still can’t stop talking about books. You’ve been warned. Ariane Resnick, CNC is a best selling author, wellness expert, and chef. She has written for outlets such as Livestrong and The Hill, and her work has been featured on platforms including Forbes, CBS’ The Doctors, and ABC News. A thought leader of the wellness industry, Ariane consults businesses, individuals, and chefs and speaks publicly about wellness, cooking, and nutrition. As the World Burns – 5 Steps Toward Creating Through the Chaos

Three years ago, our neighborhood was evacuated while we were out of town for a family wedding. I kept joking to anyone who would listen that I had my family and my laptop and that was enough, but I wasn’t okay. Especially after a friend called and told me two houses on our street burned down but she didn’t know which. Read More