Thank you to sensitivity reader Kira Aitch for helping us learn more about OCD. 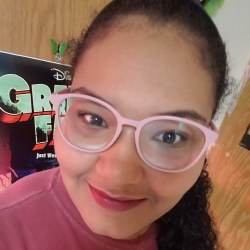 Kira Aitch is a writer and sensitivity reader currently studying library science and information to become either a school or research librarian. When she is not reading or in classes, she is writing research papers and browsing databases for fun.

OCD has always been a pretty easy condition for people to joke about. When it is presented to us in media, the symptoms are usually straight forward—a lot of cleaning, maybe some counting, and locking doors. It also isn’t generally considered too offensive to joke about, so most people feel comfortable using it in their captions, videos, or articles. COVID-19 has shown us this with more than a few people saying that, right now, more than ever, we “all need OCD.”

I was diagnosed with Obsessive-Compulsive Disorder my senior year of high school, but looking back, it likely set in around seventh grade, which isn’t all that uncommon. I also have trichotillomania, which is an OCD-linked hair-pulling disorder. Some people pull from their heads or eyebrows; I pull from my hands, arms, and eyelashes. I was actually misdiagnosed when these behaviors were first brought up to a doctor, in seventh grade. I had just started pulling and my mother noticed. The doctor told my mother that she was being dramatic and that it was only a phase, brought on by middle school stress. Stress may have triggered it, but I still struggle with the pulling to this day. The backs of my fingers, hands, and arms are all scarred from the scratching of my nails. I have had people ask me if they are related to self-harm, burning, or a tragic accident. I was even told once, by a family member, that the scars on my hands would look terrible in my wedding photos.

But my OCD doesn’t stop at hair pulling. I am extremely cluttered when I live at home. There is no discernible organization to my room or my space, things are where they are. Certainly not the room of someone with #OCD. On my dresser, sits an hourglass filled with gold sand. It was a silly gift from a friend who knows that I love trinkets and knick-knacks and has turned into one of my obsessions. Every time I look at the hourglass, if the sand is not running, I have to flip it. If I don’t, I will have a heart attack and die.

Now, you might be wondering how the heck an hourglass can cause a heart attack. 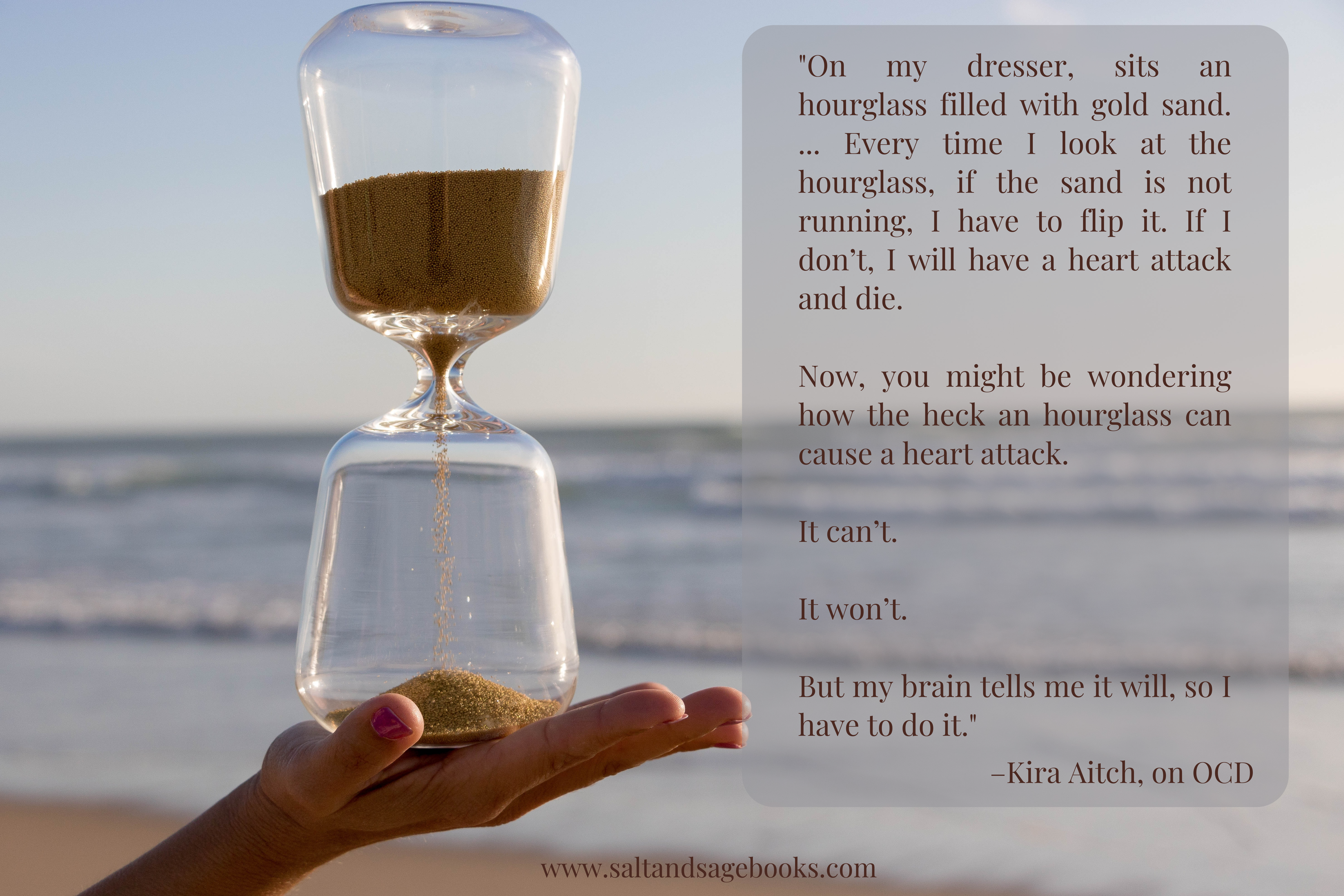 But my brain tells me it will, so I have to do it. It doesn’t make sense, but then, neither do my water issues. I cannot drink tap water. I live in a place with great tap water and I have no issues with chemicals or anything of the sort. But my brain decided that it doesn’t trust the taste of tap water, and my throat will restrict if I attempt to drink it. I had no control over this situation and yet it rules my life. I carry water wherever I go or risk dehydration. In fact, my sophomore year of college, I became so worried that I was going to become dehydrated that I gave myself water intoxication. It was the dead of the Midwest winter, no exercise, and no illness, but I was forcing down a gallon of distilled water because my brain told me I had to.

Our media loves to joke about OCD. I’ll see characters on a show try to “trigger” their neat freak friend by messing with the order of their desk or tracking mud through the house. And people find it funny. I have seen only one example of trichotillomania and it was a serial killer on a popular TV show. I try whenever I can to explain to people that OCD isn’t logical. I can’t eat mandarin oranges because one time my brain told me they look like toad skin and now I feel like I’m chomping on innocent amphibians every time I try to eat one. It probably doesn’t make sense to you, and, if I’m being honest, it doesn’t make sense to me. But that isn’t either of our fault. We are so conditioned to seeing very set examples of OCD in movies and shows and books. Most people who do not know someone who is open about their OCD may not recognize that the stereotypes are not always truthful and can even be harmful.

I myself didn’t think I had OCD for years because the only illness I’m afraid of is salmonella and I am not neat. I am trying to get more examples of OCD into people’s minds, and I hope that eventually, there will be a bigger understanding of this condition through informed conversation and greater representation. I don’t want to feel like throwing up my hands every time I see the title of a soap-cutting video on the internet. I also don’t want people to use #OCD as a quirky caption every time they post a photo on Pinterest of a beautifully organized pantry. I want people to think, listen, and treat OCD a little more seriously.

To read more about Kira, you can find her profile here: Kira Aitch You’ve finished a book! Congratulations! That is a major accomplishment. Take a moment to celebrate! We’ll even do a victory dance with you. *happy dancing* Now what? For most writers, the logical next step is to find an editor. Here are two questions writers often ask when looking for an editor: Read More