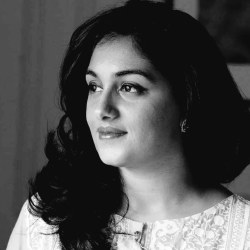 Mehr Husain is a British-Pakistani journalist. Author of ‘Pakistan: A Fashionable History’, she has worked in different roles in the media industry; as a Features Editor at The Friday Times (TFT), an Assistant Editor at Good Times (GT) magazine and as a columnist for India’s Mail Today where her column ‘The Lahore Log’ also appeared in The Daily Mail/MailOnline. Mehr’s commentary has appeared in The Economist’s 1843, The Times of London, The Diplomat, India’s Mail Today, The Daily Mail/MailOnline, Libas, The Friday Times, Herald, Pakistan Today, The News, The Nation and Pakistan Link. She was also the Editor for ‘Multan: A Spiritual Legacy’ which was presented to HM Queen Elizabeth in 2013. In 2018 she founded ZUKA, a social enterprise and set up ZUKA BOOKS in 2020. Mehr holds a MSc. in Asian Politics from SOAS, University of London and a BSc. in Politics with Business Management (Hons.) from Queen Mary, University of London. She was also accepted into an MPhil in South Asian Studies at St. Edmunds College, Cambridge.

Very positive! Salt & Sage reached out to me on Twitter, and offered fast and insightful services.

I needed a sensitivity reader for my manuscript, and I was paired with Mehr. She was thorough and conscientious in everything that she said. She gave me feedback that is invaluable, and I’m very glad I reached out to Salt & Sage for assistance.