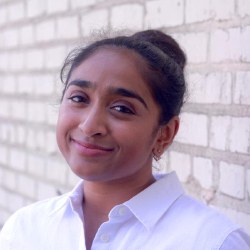 Neha is an Indian American whose first love was stories. She loves playing around with words to weave engaging sentences that tell meaningful tales. As an editor, she insists on using Oxford commas but will allow sentences to end with prepositions. Her favorite genres are nonfiction and fantasy, which is ironic because they’re literally on the opposite ends of the literary spectrum, but she loves having the best of both worlds. However, both worlds need to be mindful of including thoughtfully researched content that doesn’t harm a group of people, which is why sensitivity reading is so important to her. As an Indian American, Hindu woman who’s lived in the Deep South for over a decade, she understands that being different is beautiful but sometimes isolating. As such, stories that address the immigrant experience, women’s issues, and othering appeal to her. However, she’s just as happy to edit books about bioplastics or dragons hoarding treasure. She just loves stories told by her fellow humans.

Neha has a Master of Technical and Professional Communication from Auburn University and lives in Dallas, Texas, where she works as a Medical Editor for an eLearning company. Her editing style can be technical because she analyzes how each detail functions within the overall narrative. All revisions are carefully considered, and she loves using the comment boxes to explain why certain edits were made, whether it’s because the dialogue needs to be teased out to clarify a plot point or a stronger a verb is needed to make a statement.

When she’s not reading or editing, she’s writing her fantasy novel or articles for Book Riot, bookstagramming at @bookishdesi, or collecting records.